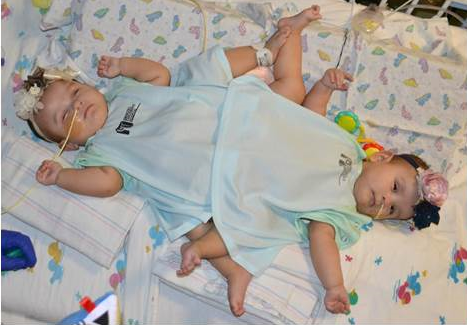 A picture of the twins before surgery.

There’s a 50 million to one chance that triplets will include conjoined twins. On top of that, there’s a six percent chance that twins of any kind will be joined near the hips.

Despite the odds, that was the situation facing the surgical team at Driscoll Children’s Hospital in Corpus Christi, Texas. Fortunately, the team was able to tap into the expertise of 3D Systems Healthcare, which has created 3D visualizations and 3D printed surgical models for more than 30 operations involving conjoined twins.
Wide-ranging team of specialists
Ximena and Scarlett Hernandez-Torres were born fused from the navel downward with separate lower limbs. 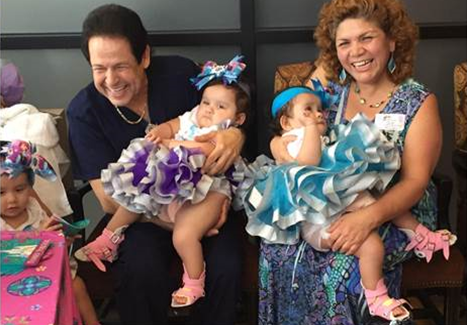 The other triplet, Catalina, had a normal birth. The twins shared a colon and half of their uterus on each side. The babies’ kidneys went to the opposite baby’s bladder, so surgeons would have to reroute them to go to the correct organ.

Dr. Kevin Hopkins, working with his partner, Dr. Vanessa Dimas, was responsible for the extensive plastic surgery required before and after the twins’ surgery. Hopkins also took an expanded role in the case based on his working knowledge of what 3D Systems could offer. Since 2000, Dr. Hopkins had worked with the 3D Systems healthcare team on more than 70 cases, most involving maxillofacial surgery, but several with conjoined twins as well. Paediatric surgeon Dr. Haroon Patel headed up a team of medical specialists in paediatric surgery, urology, plastic surgery and orthopaedics that would take on the case of the Hernandez-Torres twins. 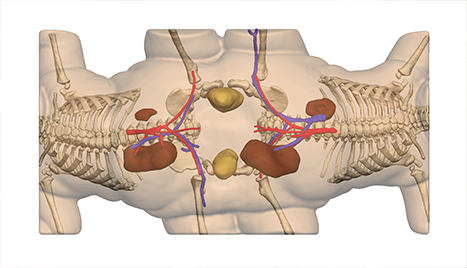 In the case of the Hernandez-Torres twins, there were some special challenges. A 3D model of the conjoined twins’ anatomy as seen underneath transparent skin.

Meeting special challenges
Planning for the surgery took place over several months, as doctors had to study the shared anatomy to understand how to best separate the infants and then reorient vital organs, skin, bones, muscle and tissue to ensure each girl’s survival following the operation.
Once the surgeons had a plan, they passed along CT scan data and information to the 3D Systems healthcare team. 3D Systems took the CT scans of the twins and set about translating them into a 3D digital environment, enhancing the relevant parts of the anatomy, simulating the surgical procedures, and translating the digital models into the physical world in the form of 3D printed anatomical models. The entire 3D Systems work took two to three weeks.

“Every case of conjoined twins is unique and there is always significantly abnormal anatomy in these cases,” says Joe Fullerton, Team Lead for Medical Imaging and Modeling at 3D Systems. “In this case, some of the organs were difficult to identify because they were in unexpected locations or shared between the twins.”

The ‘wow’ moment and beyond
Once the 3D models and surgical simulation were prepared, a web meeting was scheduled with all the surgeons involved in the planning and operation. It was revelatory, according to Dr. Hopkins.

“There was a ‘wow’ moment when 3D Systems showed the cuts, separated the shared pelvis, and brought the individual pelvises back together,” he says. “The reaction was ‘holy cow, we can do this’! We also saw that Scarlett had one of her kidneys displaced much lower in her pelvis than originally thought,  which only became readily apparent when we saw the 3D model.”

Shortly after the web meeting, the surgeons received the 3D printed physical models from 3D Systems, which enabled a greater level of planning and practice.

“The physical models were fantastic,” says Dr. Hopkins. “Unlike a two-dimensional x-ray or 3D visualization, you could hold these models in your hands. They were a great way to show team members exactly where the organs were located, where the cuts would be, and how to position the patient.”

The two physical models were produced using a 3D Systems ProX® 800 stereolithography (SLA) printer. The ProX 800 is known for printing parts that match or exceed the accuracy and resolution of injection-molded parts. The ProX 800 delivers speeds up to four times faster than competitive systems and is able to accommodate a wide range of printing materials.

Translucent plastic material was used in one of the anatomical models to accurately depict the skeleton with major vasculature and organs involved in the separation procedures highlighted in color.

The other model was printed in a white plastic material to depict the surface of the skin.

“We chose that particular material because it is opaque, which is beneficial for incision planning because it clearly shows the contours of the skin,” says Fullerton.

Both models could be cleaned, sterilized and taken into the operating room for live reference during the surgery.

Saving several hours of critical time
The 3D visualization and physical models saved a great amount of time, according to Dr. Hopkins.

“We had allotted 20 hours for the operation and the entire procedure lasted around 12 hours,” he says. “I have no doubt that the visualization and models saved us at least several hours of critical operating time.”

The operation was deemed a success, with the advance planning cited as a major factor.

“If I had to use a cliché, it was like an orchestra,” said Dr. Patel in a statement following the surgery. “Everything just came together seamlessly.”

Changing the odds
Following the operation, the twins spent a couple of weeks in intensive care, where they had a relatively routine recovery. They were released in May 2016, around their first birthday. Dr. Patel and Dr. Hopkins continue to check on their progress as they undergo physical therapy.

“They are improving all the time,” says Dr. Hopkins. “We expect that both of them will be able to walk and lead a normal life.”

Ximena and Scarlett might have come into the world facing incredible odds, but thanks to the work of extraordinary surgeons, medical specialists, hospital staff and 3D technologies, the odds have made a near-miraculous turn in their favor. 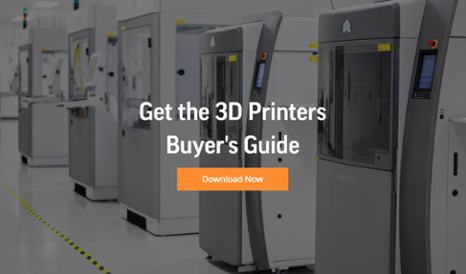 Faking It With Fossils