Prosthetics are not cheep, they can range from $5,000 to $50,000. “For people without one or more of their natural limbs, the process of acquiring a prosthetic one is exhausting.

Back in 2011, Scott Summit, the founder of Bespoke Innovations, showed 3D-printed, individually designed prosthetic legs that are unabashedly artificial and completely personal. Summit has spent the past six years researching and working on 3-D prosthetics. With a 3D scanner and a 3D printer, we can now create a prosthetic limb for individuals, says Summit.

Unfortunately, it still costs a boatload of money, especially for those people who are unable to afford to get one.

Richard Van As, a South African carpenter, who lost four fingers from his right hand to a circular saw two years ago, decided to build his own hand. Working together with Ivan Owen in Seattle, they invented Robohand, a device that is made from cables, screws, 3-D printing and thermoplastic. It uses the rotation of a joint to enable five plastic digits to grasp. The device costs only about $500. In order to spread the device as widely as possible, Van As and Owen made the Robohand an Open Source design available online so everyone in the world can download and build one for themselves.

Then 17-year old inventor Easton LaChappelle from Colorado, built a prosthetic arm by generating most of the parts through a 3D printer. Currently LaChappelle has completed the third version of his robotic hand and the costs is only around $250. His ‘Arduino Robotic Arm’ is up to shoulder and has the same functionality as a human arm.

Eric Ronning, Mechanical engineering sophomore at University of Wisconsin-Madison invented a 3D printable prosthetic hand for amputees in developing countries. Named the Manu Print, the hand has a unique design that allows users to close and open each finger individually by applying only one tensile force. The hand is similar to the human hand and is purely mechanical and has no electronic parts. And the total mateial costs is only 20$.

Then, there was another project: Zero Point Frontiers, an engineering company in Huntsville, has built an new hand for two-year-old Huntsville toddler Kate Berkholtz who was born without fingers on her left hand. Zero Point Frontiers used their 3D printer to help this little girl by creating her a much needed prosthetic, and this 3D printed hands only costs about $5.

In September, Bristol, UK based Joel Gibbard (23) launched the Dextrus hand on indiegogo, a 3D printed robotic hand that offers much of the functionality of a human hand in a very low cost. It uses electric motors instead of muscles and steel cables instead of tendons. 3D printed plastic parts work like bones and a rubber coating acts as the skin. The hand can be connected to an existing prosthesis using a standard connector to give an amputee another option, and it costs less than $1,000.

Though these products are not as high quality as high-end prosthetics, they are functional, simple and low cost. In some parts of the world, the choice is between having a mediocrely-fitting prosthetic and not having one at all. That is the situation that spurred these inventors to action. These 3D-printed product has already benefitted a lot of children. With the increasing affordability of 3D printers, future robohand could be a lot cheaper and, also a lot of more capable.”

Watch below a nice story from CBS news about 12-year old Leon McCarthy and his awesome 3D printed prosthetic hand. 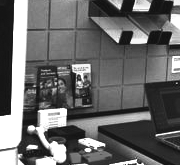 Will UPS succeed with their in store 3D printing services? 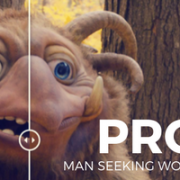 Man Seeking Woman: Behind the Scenes 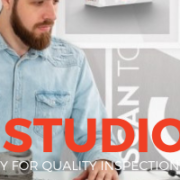 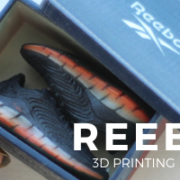 A Guide to 3D Scanner Technology |